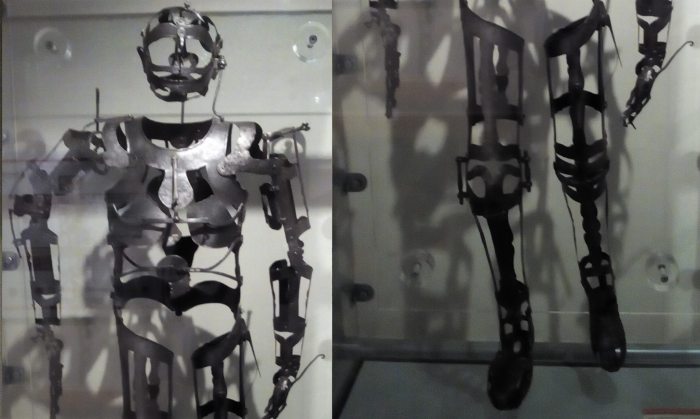 This is a workshop to perform and thus critically investigate the lasting standard by which the body has been codified into parts and pieces: 206 bones, 640 muscles, 78 organs, etc. The workshop will deal in the basics, and in it (in bodies /in the workshop) participants will play around with methods by which anatomy can be experienced. Hands-on activities and movement involved.
(more below)

*Free to APAB Members
* 10-25 euro contribution for non-APAB members (or if you can’t afford it, pay what you can)
*Comfortable, loose clothing is recommended but not required.
*Registration limited to 8 Participants
*Workshop will be held in English, Latin, and Greek

***Please register by sending an email to johannaigilje@gmail.com by June 1st

The means by which the body moves around through performance spaces will be addressed from a purely (and joyfully problematic) structural perspective: what’s doing what under the skin when you walk, squat, or pick something up, for example. The point of the workshop is not to overstate the importance of the body in performance art; it will instead provide a space in which experimentation with the codification of the body into ‘anatomy’ might yield unexpected results.

Participants will work on their own bodies as well as the bodies of others— touching, mapping, labeling, moving, observing and interacting. Various anatomy texts will also be involved, and comparisons and contrasts between present bodies/anatomies and those pictured in anatomy books will be probed. Explorations of the connections and disconnections between anatomical function and the appearance of the body and its movement will be investigated.

**After an initial ‘basics’ course, if there is enough interest the workshop will continue as a series and focus more intently on certain aspects of anatomy according to participant interest.

Lindsey Drury is an artist, writer, and historian completing a research PhD at the Freie Universität. Before relocating to Berlin, she worked as a movement and Pilates instructor for rehab clients for 8 years in a Chiropractic and Physiotherapy clinic in New York City. While graduate student in the arts, she also studied Anatomy, Kinesiology, Bioethics, and Medical History. Through her PhD research she seeks to produce a history of Somatics. She watches surgeries on youtube for fun.

“This was never designed to be worn as a whole, but was probably made by an armourer as a sample to show all the different types of supports and appliances that he could construct. Notice how each arm and leg is different.” Thackray Medical Museum, Leeds, UK.